By choosing Elan Civil Engineering, you will be joining an increasing number of satisfied customers that repeatedly enjoy a high level of service; from the initial planning stages to the construction, completion and handover.

Our hugely experienced management team has a wealth of expertise that we draw upon, to ensure our clients get the best possible service, no matter what the size or type of project.

Find out more about our team below.​

Mark has over 30 years construction experience and industry qualifications.

Over the past 20 years, he has both formed and led successful multi-million pound turnover businesses in the sector.

Mark heads up the Company Board, driving strategic thinking and group vision. 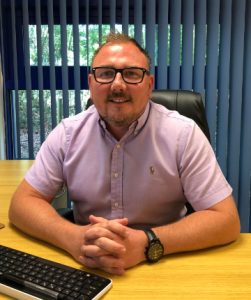 Glen started his career as an architectural technician for Essex County Council on the YTS scheme at 16 years old. At 17, he took on a QS Assistant role at a family run Groundwork’s company.

At the age of 20, Glen was promoted to Managing Surveyor with E.J. Taylor and Sons Limited where he worked for a further ten years before moving to another medium-sized Groundwork’s company. Here, Glen spent most of the 13 years as a Commercial Director, before moving to Elan CE in 2016.

Glen has had the privilege to work with some extremely talented people in the industry. This has enabled him to acquire the required skill set to help Elan CE develop into a professional, well structured, well managed and successful business.

Since joining Elan CE, Glen has undertaken Health and Safety training, including IOSH Certification. He understands how all aspects of a company operate and is proud to lead the team, as a Managing Director of the business. 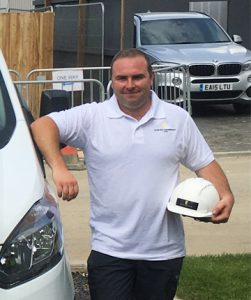 After graduating from university in 1999, Dean started his career journey at the age of 21, as a trainee engineer with a large reputable groundwork and civil engineering contractor.

Dean was soon promoted to senior engineer and gained experience working on a number of diverse construction projects with a great team.

In 2003, Dean joined a relatively new business and his experience expanded into contracts management working on Housing, Commercial and Agricultural projects. During this time, Dean was an integral part in the development of the company.

In 2009, Dean set up his own successful business specialising in topographical surveys, consultancy and design. He acquired numerous clients through recommendations and his continued professionalism.

In 2015, Dean became involved with the establishment of Elan CE and since then, has seen the business grow into a successful, well-organised company with outstanding staff and a superb reputation. 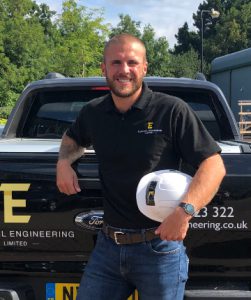 Adam entered the construction industry in 2004, when he was 17 years old, as a trainee Site Engineer with a large commercial building contractor on the south coast of England. During this time, Adam also studied Civil Engineering at Southampton Solent University.

Adam took on a temporary position, which turned into a full time role, as an Assistant Site Manager, whereby he quickly progressed through the ranks within the business.

Adam has worked on many sectors within the industry, from Civil Engineering, Commercial Build, Housing and working in the City of London.

In 2013, Adam moved to Christchurch, New Zealand, to work as a Survey Engineer for a large Main Contractor after the devastation of the largest earthquake that the country had seen in recent years. In New Zealand, Adam surveyed buildings that were within the ‘red zone’ to help manage and record the subsidence and liquefaction in the area.

The following year, Adam returned to the UK and worked for a local Main Contractor in a Project Managers role, delivering national projects for one of the UK’s largest hotel chains from new builds to extensions.

Over the years, Adam has carried out substantial training and is suitably qualified. Some of the qualifications that Adam holds are: SMSTS, IOSH, CSCS, Temporary Works Co-ordinator, Face Fit Testing and Mental Health Awareness.

In 2018, Adam joined Elan CE as the first Contracts Manager and has assisted Glen Butcher (Company Director) in developing Elan into a professional, successful and innovative business. 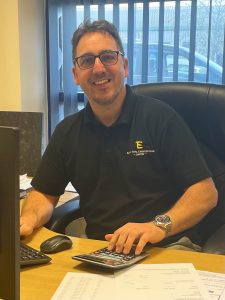 Darren left school in 1989, and after many years of working in retail he decided on a career change. In 1999 he started working for a small local Essex based construction company as a labourer.

After quickly learning the required skills, he progressed into site works as a groundworker.

After a few years ‘on the tools’, Darren was offered a position in the office to shadow the business owner, leading on to him pricing various works which proved to be the start of his career as an Estimator.

After 6 years, in 2005 Darren moved to a medium-sized groundworks company. This was where he first worked alongside our MD Glen Butcher. Assisting Glen within the commercial department as an Estimator/Surveyor, this involved working on many large-scale groundworks projects. Darren spent the next 13 years at the same company building on his experience and skills.

Moving on in 2018, he progressed to Senior Estimator at other groundworks/civil engineering companies.

In January 2021 Darren is proud to have now joined Elan Civil Engineering Limited as our Commercial Manager. Darren brings a wealth of experience, knowledge and commercial awareness to Elan CE.

Having the benefit of over 20 years experience in groundworks and civil engineering, Darren can assist Elan CE in providing clients with various options relating to value engineering at land acquisition and pre-tender stages. 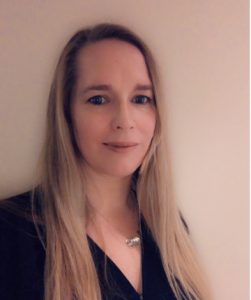 She ran her own successful business for 10 years involving all aspects of the day-to-day running of a business as well as human resources, purchasing, accounts, sales and advertising.

At Elan she assists in the development and implementation of firm policies and procedures; manages and oversees the administration of HR policies, programs, and practices within the company; she maintains all personnel, vehicle, and plant records, supplier accounts, purchasing and training. She also assists in measuring calculations for new site tenders and assists with valuations. 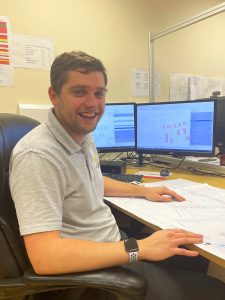 Dan graduated from the University of Lincoln in 2013 with a degree in Business Management, he started his career in construction as a commercial assistant for a small joinery company in Leicester he was there for 2 years expanding on his theoretical knowledge.

Following a move to London, Dan started as a management trainee for a bustling national surfacing company. After completing his trainee programme Dan was promoted to assistant estimator working as part of a team pricing various tarmac projects around the country.

In 2018 Dan started working for a groundwork company in Essex as an assistant quantity surveyor. He assisted a small team working mostly in the commercial sector around the East of England.

In May 2021 Dan Joined Elan Civil Engineering Ltd and has settled quickly into our growing commercial department. Dan’s keenness and drive brings fresh enthusiasm to Elan’s continuing development whilst expanding on his knowledge of groundworks and civil engineering. 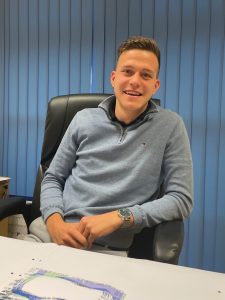 After leaving school Greg started his career at Anglian Water as a leakage technician where he was able to learn fundamental skills in the water network as well as construction. After 2 years of working as a Technician Greg developed more interest in the construction industry.  This interest led him into the direction of Quantity Surveying.

In 2021 Greg became Elan CE first apprentice, currently studying BSc (Hons) Quantity Surveying at Anglia Ruskin university, Chelmsford. Greg has a strong attention to detail and has a tenacious enthusiasm to learn. He has become an eager member of staff at Elan and the growing Commercial team.

Complete the quick form below and we will get back to you as soon as possible.